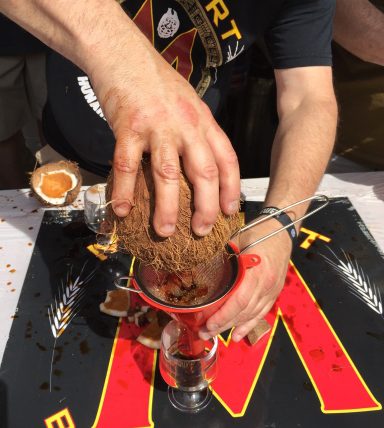 The Professor was dating both Ginger and Mary Ann. Gilligan was tired of dating pineapples and wanted to impress the only woman available. It was Gilligan’s brilliant idea to age our big Stout in actual coconuts. In the end…Mrs. Howell agreed. Brewed with Deep Roasted Kenyan Coffee, Vermont Grade B Maple Syrup, Madagascar Vanilla, Organic Peruvian Cocoa Nibs, and Georgia Wildflower Honey. It was then historically aged in dozens and dozens of this season’s finest coconuts.

Proudly Made in Georgia